The Dominican Republic (Spanish: República Dominicana) is a country located in the island of Hispaniola, in the Greater Antilles . The Dominican Republic is the second-largest Caribbean nation by area (after Cuba) at 48,671 square kilometers (18,792 sq mi), and third by population with approximately 10 million people, of which approximately three million live in the metropolitan area of Santo Domingo, the capital city.

Christopher Columbus landed on the island in 1492. The spanish colony of Santo Domingo became the site of the first permanent European settlement in the Americas, the oldest continuously inhabited city, and the first seat of the Spanish colonial rule in the New World. The Dominican people declared independence in 1844. 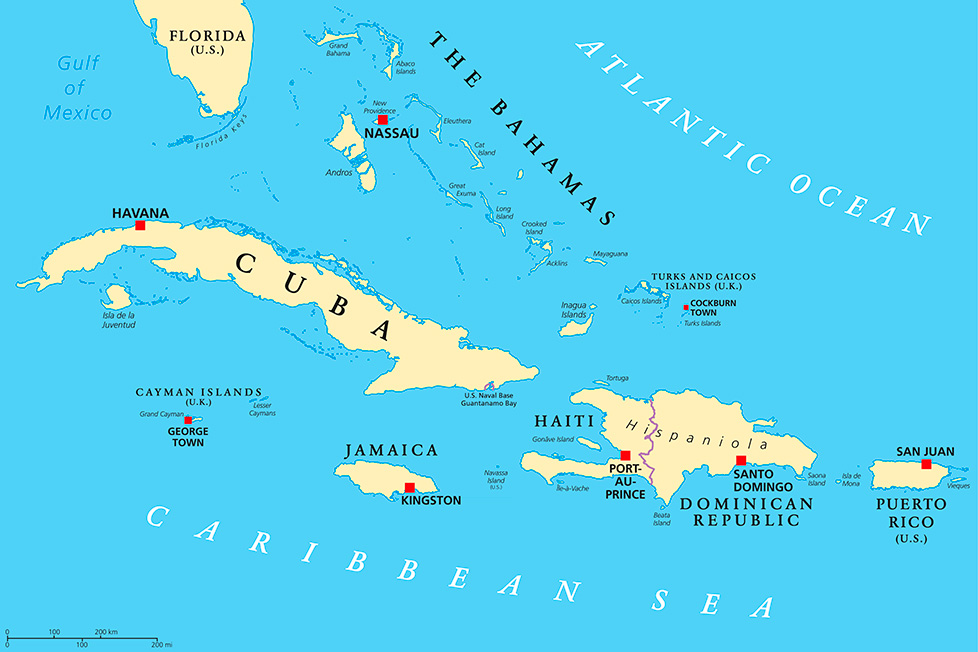 The Dominican Republic is the most visited destination in the Caribbean. The year-round golf courses are major attractions. A geographically diverse nation, the Dominican Republic is home to both the Caribbean's tallest mountain peak,  and the Caribbean's largest lake. The island has an average temperature of 26 °C (78.8 °F) and great climatic and biological diversity. The country is also the site of the first cathedral in the Americas, located in Santo Domingo. Music and sports are of great importance in the Dominican culture, with Merengue and Bachata as the national dance and baseball as the favorite sport.